Everything You Need to Know About Visiting Freiburg Germany

Often referred to as the capital of the Black Forest, Freiberg im Breisgau exudes the essence of the Baden Wurtemburg regional culture. It is a lively university city with medieval roots and a cool, alternative vibe. Freiburg is regularly rated one of Germany’s most liveable cities, and it reports some of the highest rates of happiness and quality of life.

One thing that always stands out to me about Freiburg is the vibe. I know this sounds abstract, but you’ll see when you visit. Freiburg just feels like a cool place. It was the birthplace of Germany’s green movement in the 1970s and a key place for organizing around the fall of Sovietism in the 1990s. The sheer number of young people living in Freiburg because of the university leads to an open-mindedness that you’ll feel from the moment you arrive. Freiburg just seems to defy labels. I have visited twice and loved it both times.

You could reasonably see most of the tourist highlights in Freiburg in one day, especially if you are traveling in the Black Forest on a longer roadtrip . However, I think much of the magic of the city is found on the quiet streets, in the coffee shops, and while shopping in one of the cities many independent shops. I think it is worth staying overnight for a night or two. You could also use it as a base for exploring the Black Forest Region on a week-long visit.

Essential Guide for What to See, Drink, and Eat in Freiburg

What to Do in Freiburg im Brieslau

The towering 116-meter high Freiburger Münster is absolutely stunning. After living in Cologne for three years, I am no stranger to a beautiful church in the center of a German city! Construction of the Freiburger Münster began around 1200AD, and it was planned in Romanesque style. As construction continued over the centuries, other influences were incorporated such as the Gothic style, which is immediately apparent when you look at the main tower and steeple.

The artistic and architectural highlight is the 46m high spire, which consists only of inlaid iron anchors and detailed stone overlay. This design was the first fully openwork Gothic steeple in Europe, a design that would quickly become replicated across Germany and the greater continent. The Kölner Dom, for example, has a very similar look. This massive sandstone cathedral sits in the main square of Freiburg im Breisgau, and you can even climb up the towers for a stunning view of the city from above. Pop inside for a free visit or simply wander around the outside to marvel at all the intricate details. There is also a daily farmer’s market in the plaza around the church!

Marvel at the City Gates

It is not often that you can quite literally walk through history, but Freiburg offers you that opportunity at their two medieval city gates – Martinstor and Scwabentor. The city was surrounded by thick walls throughout the 12th and 13th centuries. There were five towered gates through which visitors could enter the city. The two towers that remain today serve as a testament to Freiburg’s long history and resilience through Germany’s many wars. Both of the towers are really cool to see, and they actually have quite different looks. I think I like Martin’s Gate slightly more, but a walk through Schwabentor will allow you to climb up Castle Hill where you’ll be greeted with excellent views over all of Freiburg.

see this itinerary come to life on instagram stories

I think much of Freiburg’s charm is found in the narrow streets and shady squares around the Altstadt, so I would recommend spending an afternoon getting a little lost. As you’re wandering the Altstadt, don’t forget to look down at the tiny water gutters running along the roads (called Baechle in German) which are a unique part of Freiburg’s infrastructure.

The plaza surrounding Freiburger Münster has a few other notable attractions, such as the Historical Merchants’ Hall. This distinctive 14th century building has a beautiful and iconic exterior with marble busts, gold leaf accents and arched details. Walk around the corner to the Whale House (Haus zum Walfisch in German), a red painted Gothic-style mansion that was the former home of Erasmus of Rotterdam. Dating from the 16th century, the trippy black and white painted doors are a great photo backdrop.

For a city of its size, I find that Freiburg has a really cool shopping scene. There are lots of locally owned boutiques and quirky shops featuring local makers and artists. Salzstrasse and Grünwälder both have a great assortment of shops, but you’ll find places sprinkled throughout Freiburg. I like the quirky assortment of upcycled home decor at Nische Shop as well as the minimalist, high-quality women’s clothing at Blickfang. If you’ve never been into a concept store in Germany, Lust auf Gut is a great example of one. Basically, it’s a bunch of mini pop ups or ‘concepts’ in one space. You’ll find interesting product mixes like flowers and home decor or a coffee shop and vintage clothing.

Freiburg also has really good secondhand shopping. If you’ve been following me for a while, you know secondhand clothing my weakness. Umkleide is one of my favorite thrift shops because it has a great selection and it is well sorted into unisex categories, like high-waisted pants, sporty trainer jackets and flannel. Another favorite is ​​Kleiderei Freiburg, which is located closer to the university campus. This German chain has both secondhand and upcycled clothing at really good prices.

Where to Eat in Freiburg

Freiburg has a nice selection of good restaurants, so you’ll be eating well while traveling in Freiburg. For breakfast and coffee, check out the cozy Fili Café which has good espresso and even better baked treats. Sample some regional and seasonal favorites at the Freiburg Farmers Market. It surrounds the cathedral on every day except Sunday. You’ll find regional fruits and vegetable vendors selling the most in season ingredients, as well cheese, meat and honey stands.

As with the rest of Germany, there are regional sausage varieties in the Black Forest and the most famous is probably the Long Red (or Lange Rote in German). This red, skinless, grilled sausage clocks in at 35 cm long and comes from Freiburg. The Lange Rote is typically served in a small bun or bread roll with optional toppings like fried onions or stone ground mustard. It is beloved by locals, and on the north side of Freiberg’s famous cathedral, you’ll see a row of sausage stands all offering this regional wurst specialty.

For dinner, I would highly recommend making a reservation at Wolfshöhle. It is an elegant option for a date night, with its sophisticated modern German cuisine using seasonal ingredients. You can opt for a 5-course tasting menu or an ala-carte option. If this is a little out of your price range, Großer Meyerhof is a nice option for traditional German fare in a historic ambiance.

Where to Drink in Freiburg

The bottom-fermented beer “Freiburger Pilsener” is the most common type of beer you’ll see, and Freiburg has a long history of craft brewing. It dates back centuries, and you’ll find that craft brewing elicits a strong sense of local pride. With eight craft beer breweries at present, Freiburg is Germany’s craft beer capital. The Braukollektiv has been brewing tangy craft beer since 2014. You can visit the Bierhandlung beer shop for a craft beer tasting with a trained beer sommelier. Like other places in Germany, Freiburgers are proud of their long beer traditions!

Best Things to See Around Freiburg

From delicious regional cuisine to charming small towns, the Black Forest region is full of incredible things to do. If you’re thinking about spending extra time in the Black Forest, consider my one week itinerary, which is full of suggestions and activities. You could also do an express Black Forest visit in a long weekend, although I think it is worthy of a little bit longer. Below are few of the best things to do around Frieburg.

Nestled away in the dense forest behind the town of Triberg, Triberg Falls are the tallest waterfalls in Germany. Cascading down multiple levels of rock and water pools, these falls are perpetually shrouded in mist, giving the trees and footpaths around the sides a fairytale look. It’s like something out of a Brother’s Grimm novel! They are a pretty spectacular sight to see.

You’ll buy a ticket to visit the falls at the visitor center on the edge of Triberg. From the park entrance, it is a 10 minute walk to the first viewpoint of the falls. From there, you can continue walking up a fairly steep path to the top of the falls, with viewpoints at the various levels along the way. The entire walk takes about 30 minutes, and it can get a little slippery at the top, so I would recommend wearing sturdy gym shoes. Along the wal, you’ll see a little bit of wildlife like birds and some friendly squirrels who are used to humans feeding them.

There are a number of little lakes in this part of the Black Forest, each more beautiful than the last. Lake Titisee is the most popular lake in the Black Forest. Framed by lush mountains, this picturesque lake offers rental boats if you want to get out on the water. You can also take the train up to Schluchsee Lake for a very scenic ride. This lake is higher altitude but is blessed with a warm microclimate.

Less than an hour’s drive from Freiburg, you will find Feldberg which is Baden-Württemberg’s highest mountain. There are lots of outdoor adventures in this part of the Black Forest. The 1-hour hike to Feldsee Lake is a short and easy option with a good payoff. This lake is a little bit hidden and only accessible by foot, so there are typically less crowds. For some gorgeous alpine views from above, ride the Feldberg cable car up the mountain.

Where to Stay in Freiburg

Freiburg doesn’t have quite as many stylish or boutique accommodation options as some of the other cities in the Black Forest. Many of them are more historic and a little bit dated. But, Hotel Oberkirch is centrally located with a great view of the cathedral. For something closer to the train station, we have stayed at the recently opened Courtyard by Marriott. The rooms are spacious and modern, and the amenities are the hotel are good.

Do you have questions or comments about visiting Freiburg? Comment below! 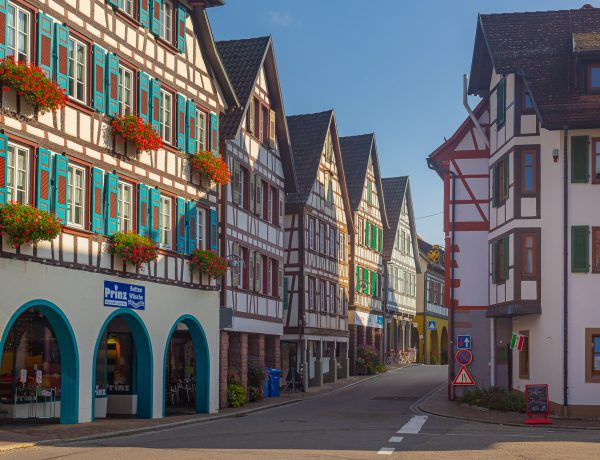 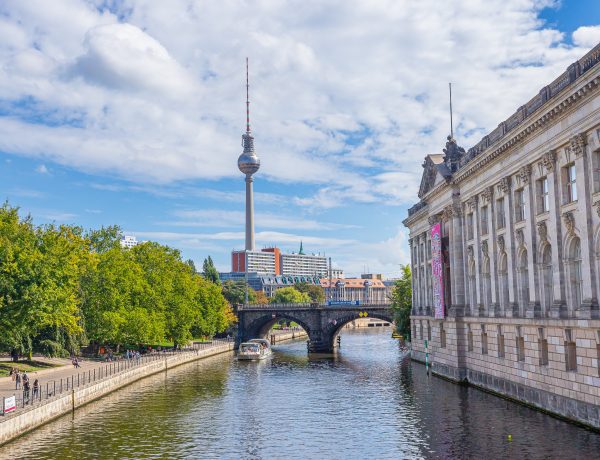 How to Make the Most of Berlin in 48 Hours 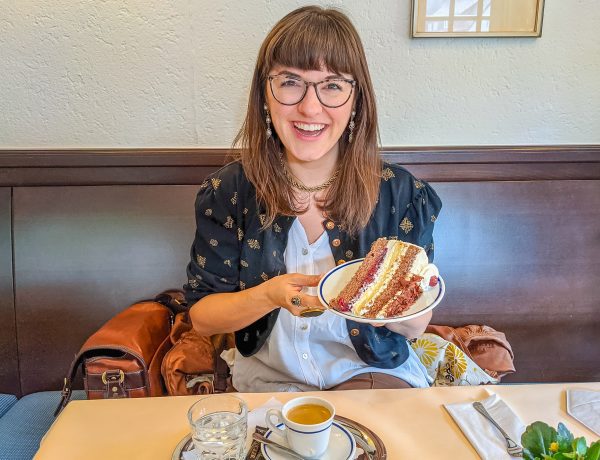 12 Best Things to Do in Germany’s Black Forest

Local's Guide to the Best Shopping & Boutiques in Cologne